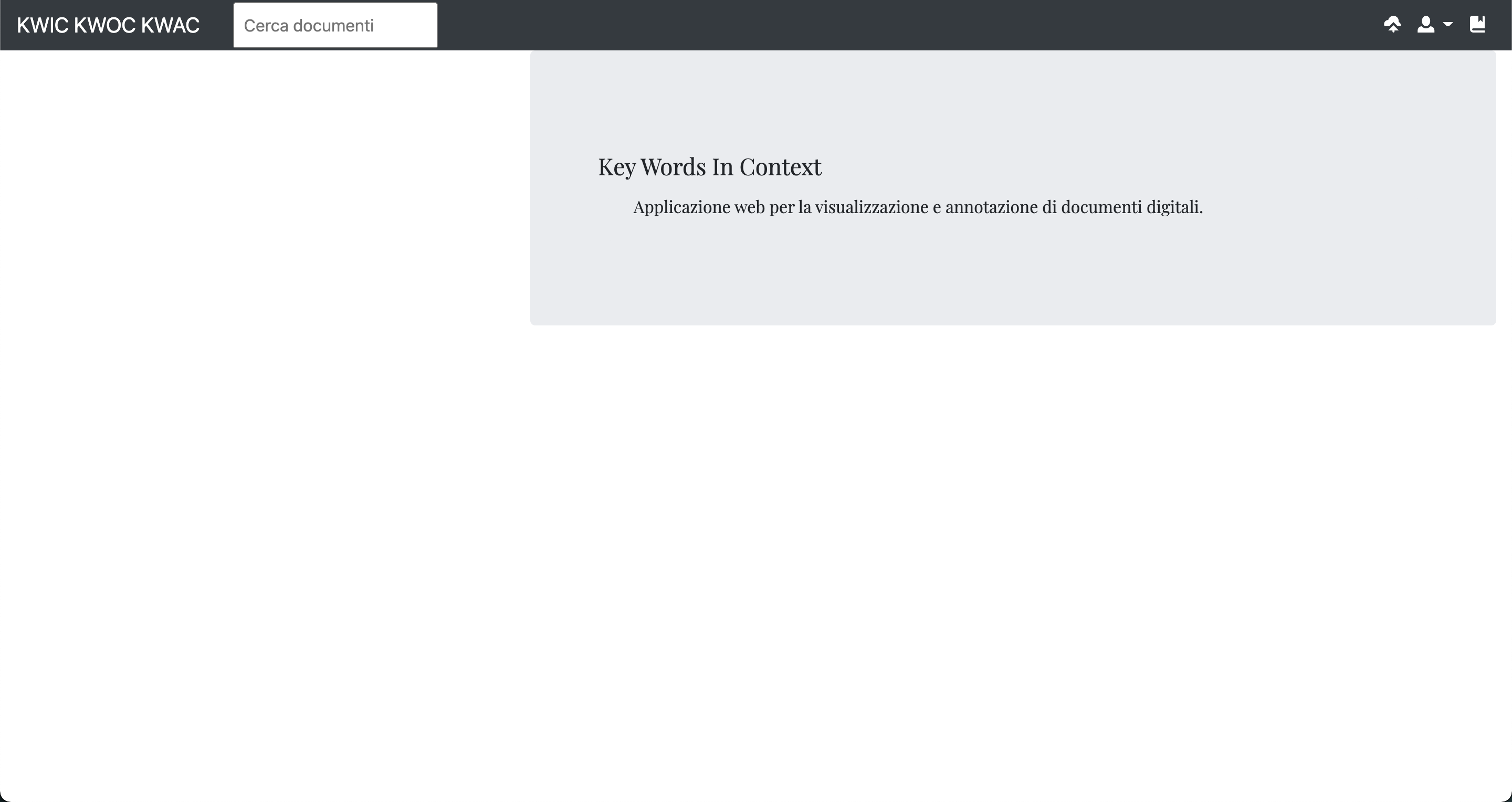 KwicKwocKwac (KeyWords In Context, KeyWord Out of Context, KeyWord Alongside Context) is a Web environment with the goal of providing users with a simple and intuitive tool to enrich the text of documents in digital format through semi-automatic markup and metadata features.

Originally developed by professor Fabio Vitali at the Department of Computer Science and Engineering of the University of Bologna, it was then hand over to me in order to implement new features for the reasearch project of The National Edition of Aldo Moro’s works.

The main features of the application are:

After the markup and the metadata insertion is completed, KwicKwocKwac output can be expressed in two forms: an HTML RDFa file that extends the number one markup language with RDF subject-predicate-object expressions, or a XML TEI file the still most used encoding standard for digital texts.

The platform was developed mainly with jQuery and Bootstrap on the front-end, while the back-end infrastructure is build on Node.js with the help of many libraries like: Express for the API and routing handling, Mammooth.js for the doc or docx convertion to HTML files, Cheerio.js for the document parsing and many others.

You can take a look at the Github repository for more information.